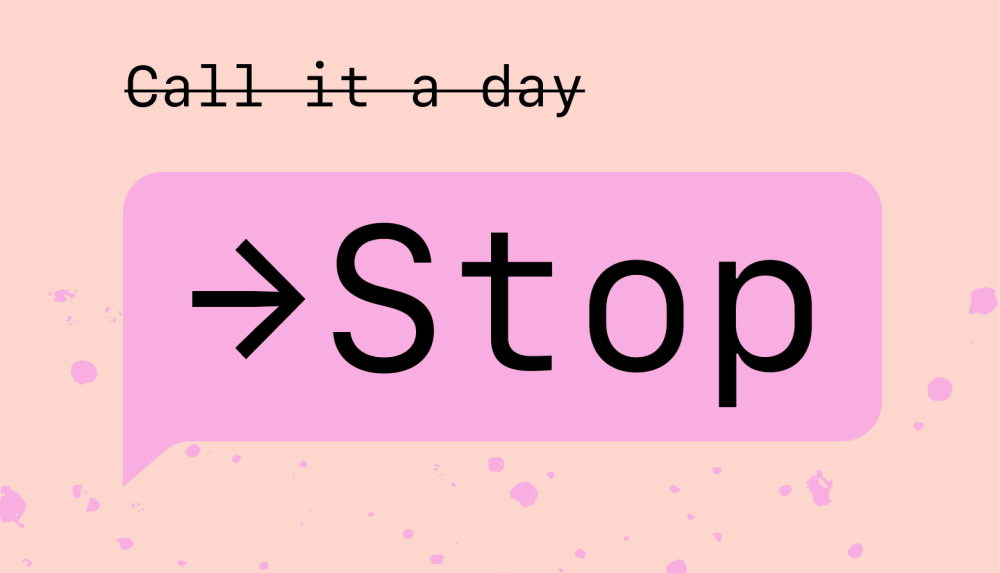 Your boss just messaged you to touch base. They want you to hop on a call to get the ball rolling on a feature announcement. There’s a lot of pressure to move the needle this month, but there are also a lot of moving parts — you’ll have to go the extra mile. The good news is that there’s some low-hanging fruit, so if you’re on the ball and get buy-in from the stakeholders, you should come out on top!

Sounds great, right? But… what does any of that even mean?

Right now, more companies than ever before are going remote and actively hiring international talent. That means:

Business jargon and idioms can be interesting, but they don’t belong in a business context. They reduce clarity. They make things difficult to understand. They make you sound pretentious.

Save the metaphors for your novel. Remember: plain language is “an opportunity for your organization to [become] people- and user-focused.”

Cutting out corporate jargon pushes you to think hard about what you’re trying to communicate. You need to be more precise in your writing. To make it easier, we’re going through some common business idioms — and what to say instead.

Get the ball rolling → start

This idiom comes from Croquet, a popular sport in the 1900s, where the ball moving indicates the start of the game. Today it’s unrelatable. Starting a project is an important moment, so you want to be clear when this happens.

Confusing: Let’s get the ball rolling on our website redesign.

Clear: Let’s get started on our website redesign project.

Put a pin in this → let’s deal with this later

This expression comes from pinning something up on a drawing board or from “putting a pin” in a grenade, meaning saving it to use later. It’s also sometimes used as a euphemism to mean “that’s not a good idea.” Whatever the case, this expression can confuse people.

Confusing: Let’s put a pin in it for now and circle back later.

Clear: Thanks for the suggestion. Let’s talk about it more at next week’s meeting.

Imagine you’re weighing some flour. You add a tiny bit to the scales. Nothing happens. You add a large amount. The needle on the gauge moves to register the new weight.

To a non-native English speaker, “needle” in this expression can be misinterpreted to mean a sewing needle or a medical needle for injection.

Confusing: We really need to move the needle this month.

Clear: We need to increase sales by 2% before the end of the month.

This expression originates from mechanical engineering for when parts of a system are in motion. A car’s engine has lots of moving parts. Unless you’re talking about a machine, it’s confusing. In business, variables and factors change, they don’t move.

Confusing: Everything’s up in the air, and there are a lot of moving parts.

Clear: This is a difficult situation, so let’s set up a meeting to discuss it further.

Go back to the drawing board → start again

A drawing board is a large flat board used for drafting large technical illustrations, like an architect’s designs for a building. Unless you’re working in construction, there’s probably not a literal drawing board to go back to. You’d use this expression when something has gone wrong and needs to be re-planned. It’s important to communicate the plan needs to be redone.

Confusing: The startup didn’t like our proposal, so it’s back to the drawing board.

Clear: The startup didn’t like our proposal, so we need to look at their feedback and make a new proposal.

Call it a day → stop

This idiom derives from an expression used in the 1800s for when a worker left before their shift was over — “Call it a half-day.” “Call it a day” eventually came into usage to mean ending work.

You want to be clear about ending a project. “Call” could be interpreted to mean naming something (“Call me Pete”) or calling someone on the phone.

Confusing: We’re not getting anywhere — let’s call it a day.

Clear: We’re not making progress — let’s stop for now and work on this tomorrow.

Get buy-in → get support

“Buy-in” suggests that a financial transaction is taking place. In investing, it’s used when someone buys shares in a company to get control of it. In business, it means getting support for an idea or strategy. This is confusing if you’re talking about getting agreement from team members.

Confusing: That’s a good idea, but we’ll need to get buy-in from the leadership team before progressing.

Clear: That’s a good idea, but we’ll need to get approval from the leadership team before progressing.

This phrase appears in the Bible — Isaiah 52:8. “Thy watchmen shall lift up the voice; with the voice together shall they sing: for they shall see eye to eye, when the LORD shall bring again Zion.” The watchmen can sing in unison and work together because they see “eye to eye.” A similar expression, “be on the same page,” comes from choirs — you want your singers to refer to the same sheet of music. These idioms suggest that something is physically happening; “agree” is much simpler and clearer.

Confusing: The meeting overran because we didn’t see eye-to-eye on the deliverables.

Clear: The meeting overran because we had different opinions on the outcomes.

By the book → follow the rules or procedure carefully

Historically, “by the book” meant following the Bible. Over time, this expression came to mean following rules more generally. This could cause a lot of confusion as ‘the book’ is no longer widely used to refer to the Bible. It’s unclear what book you’re talking about.

Confusing: This is a mission-critical project, so we have to do everything by the book.

Clear: This is a very important project, so we have to follow the procedure carefully.

Don’t cut corners → be thorough and pay attention to detail

“Cutting corners” is when you take the most direct route instead of carefully going around corners. A version of this expression can be found in Mark Twain’s travel book Innocents abroad (1869). “He cuts a corner so closely, now and then, or misses another gondola by such an imperceptible hair-breadth.” This expression isn’t clear unless you’re a native speaker. It’s also better to use positive instruction rather than tell someone what they shouldn’t do.

Confusing: We pride ourselves on never cutting corners.

Clear: We pride ourselves on our attention to detail.

This is another expression that has links to the Bible — Jesus’s “sermon on the mount” in Matthew 5:41. “Whoever compels you to go one mile, go with him two.” Unless you’re physically traveling a distance, this expression is confusing. Most countries now use kilometers, so an international audience might not understand.

This phrase is often used to praise someone for good work. However, it’s much better to be specific and call out the things they did well. The goal of appreciation is to make someone feel truly seen.

Confusing: Great work! You really think outside the box and go the extra mile.

Clear: Great work! You used your creativity to find a solution even though the deadline was tight.

This is a metaphor that refers to how fruit on lower branches is easier to pick than fruit higher up. Unless you’re harvesting fruit, pick a better phrase.

Confusing: We can reuse the same content strategy as last December, so that’s some low-hanging fruit.

Clear: To make things easier, we can reuse the same content strategy as last December.

In workplaces, sports idioms are common, and many come from baseball. That means they can be confusing for anyone outside of the US.

Here are some common sport-related idioms and what to say instead:

Be on the ball → be focused

Confusing: This client is a game-changer, so we’ve all got to be on the ball this week.

Clear: This is an important client, so we’ve all got to be focused this week.

Be at the top of your game → be at your best

Confusing: You’re really at the top of your game right now!

Clear: Your work is outstanding!

It’s a long shot → it’s not easy to achieve

Confusing: I’ll ask if he can deliver it by Tuesday, but it’s a long shot.

Clear: I’ll ask if he can deliver it by Tuesday, but it may not be possible.

Confusing: Are you free this afternoon? I want to touch base with you about the upcoming review.

Clear: Are you free this afternoon? I want to have a call with you to talk about the upcoming review.

Confusing: When the project got behind, she really stepped up to the plate.

Clear: When the project got behind, she identified the problems and created a plan to address the issues.

Say what you mean

Many of us are guilty of using corporate lingo as a crutch. After all, it makes it easier to keep talking or writing when we’re not sure what to say. Removing these phrases and buzzwords from your vocabulary will make your communication clearer and more meaningful. It’ll empower you to think before you type.

Next time you’re about to “reach out” (send a message) congratulating someone for being “at the top of their game” (doing great work), take a moment to stop and think about how you could deliver that message in a clearer way that lists what exactly they’ve done and why it was good. Words matter — especially when it comes to using them to elevate the contributions of your team. 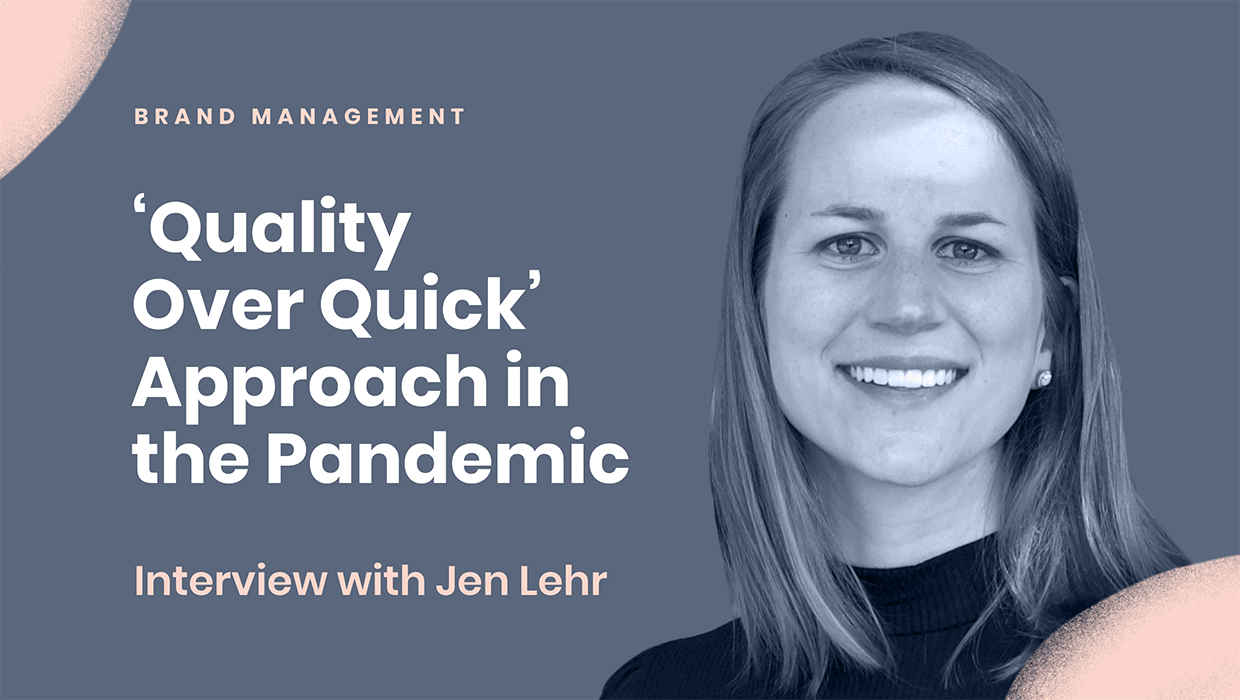 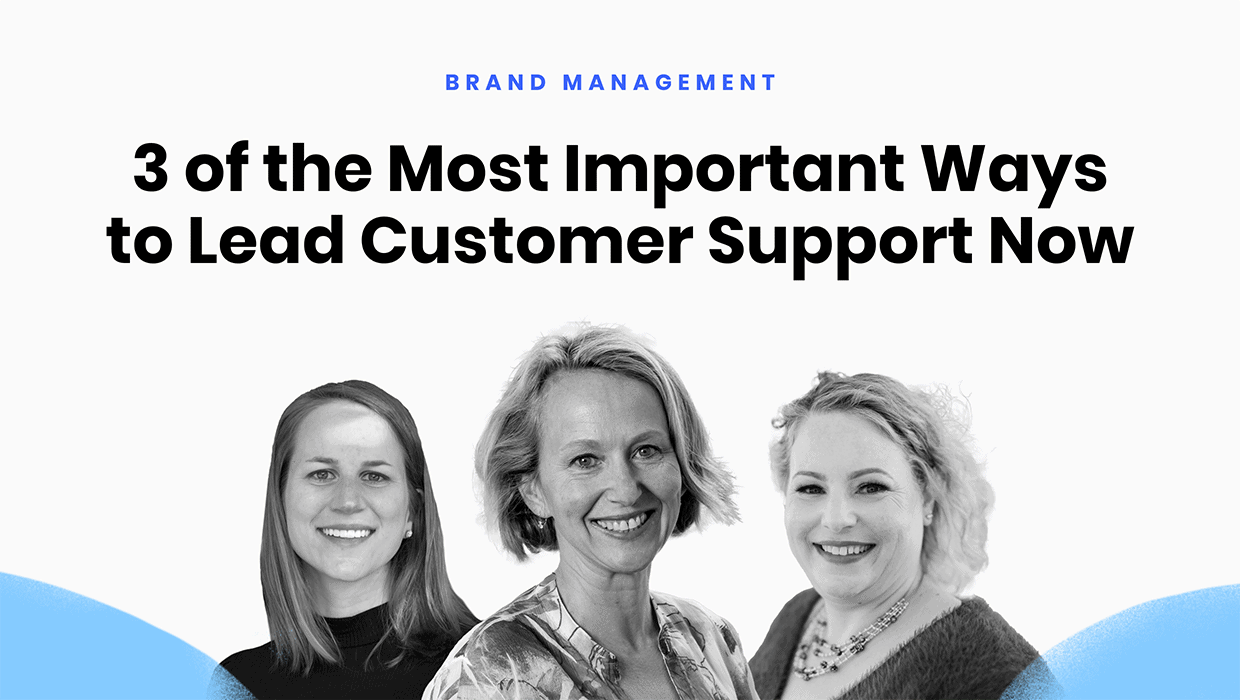 3 of the most important ways to lead customer support now 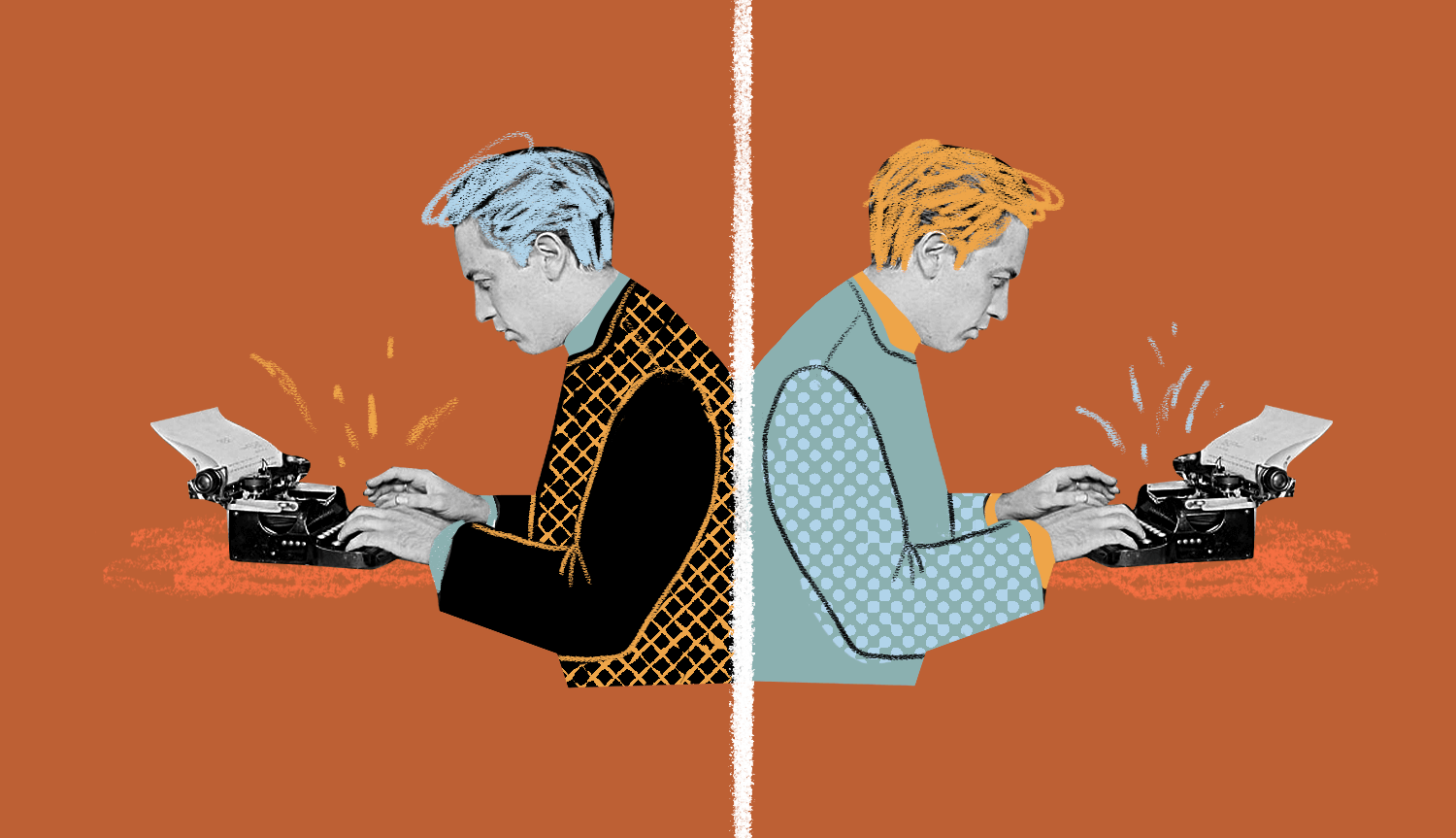 You don’t need a content writer. You need a copywriter.