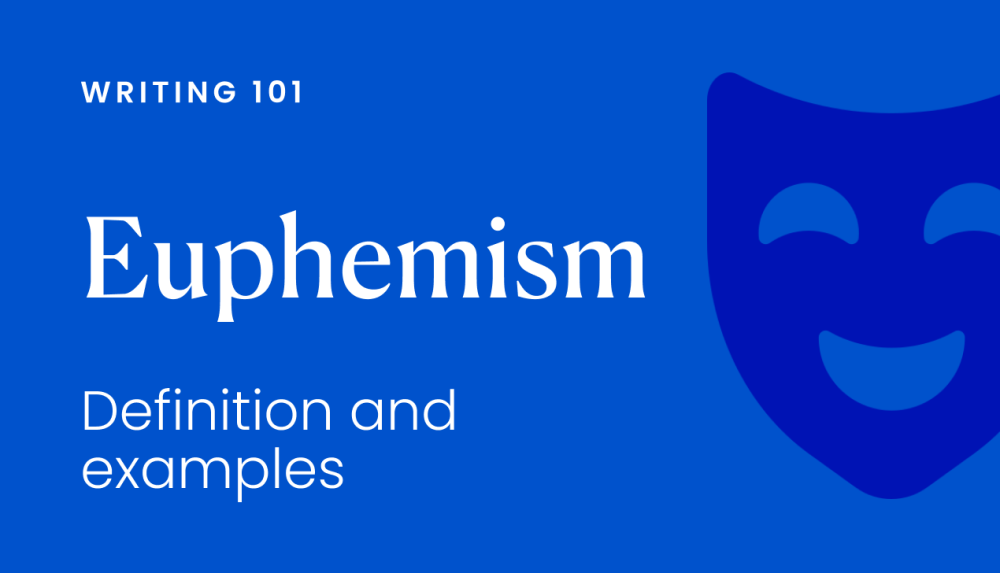 In the movie, Crazy Rich Asians, the lead character — a Chinese American economics professor, Rachel Chu, asks her boyfriend, Nick Young, about his family’s status. Instead of revealing his super rich status, which would overwhelm his girlfriend, Nick responds:

This, right there, is a euphemism, my friend. Nick doesn’t lie to his lover. But, he also doesn’t fully open the truth by masking it with a euphemism — comfortable.

Nick isn’t alone in being euphemistic. Lots of people use this figurative language to either mask the truth or make things sound a little less offensive, rude, or harsh. Others might use euphemisms to downplay the impact of their actions, policies they make, or simply hide the truth with confusing words.

So a euphemism can be both good or bad — depending on how it’s used. Let’s dig into the details so you can make your own judgment about the use of euphemisms in the English language.

What does euphemism mean?

Euphemisms (French: euphémisme) are polite words or phrases that are used to replace offensive or impolite words. Put another way, a euphemism is an indirect expression for whatever you say.

Euphemisms are multipurpose phrases used to:

•  Mask the meaning of something

•  Blunt the meaning to reduce the sting

•  Amuse others or be sarcastic

In terms of the word’s origin, its etymology traces to the 16th century. The word euphemism comes from Greek euphēmismos from euphēmos, meaning “sounding good.”

Breaking the word down shows the root is from Greek “eu,” meaning “good.” The second part comes from “phēmē,” which is speech in Greek — in turn derived from the verb “phanai” that means “to speak.”

What’s another word for euphemism?

What does the word euphemistic mean?

Euphemistic is an adjective that means using euphemisms in your speech. Example: Bill used euphemistic terms to share his father’s loss.

What is an example of a euphemism?

Saying she passed away instead of died; between jobs instead of unemployed; couch potato instead of lazy are some examples of euphemisms.

There are mainly three use cases of euphemisms:

This could be both in a good sense or otherwise. For instance, instead of calling someone “jobless,” you can say, “They’re on a journey of self-discovery.”

On the flip side, politicians, businesses, and economists sometimes use euphemisms to downplay the negative impact of their strategies, actions, or policies. So, for example, they could refer to accidental deaths as “collateral damage” to confirm their political correctness. Or, “fire employees” and refer to it as “downsizing” instead of calling a spade a spade.

In this use case, euphemisms also make things less offensive. Let’s say you’ve got to go to the washroom, so you say “water closet” instead of “toilet.” Same goes for using indirect expressions for bodily functions such as “breaking wind.”

In certain cases, euphemisms help lighten situations, making them less serious by presenting them in a sarcastic manner.

It’s this third use case that makes euphemisms important literary devices for writers. So instead of offending someone by speaking directly, writers can rely on euphemisms to cover delicate matters.

In many cases, euphemisms are helpful devices. Except when they’re used to mask the meaning or downplay something.

In that context, these terms are referred to as the language of hypocrisy. In fact, essayist George Orwell criticized euphemism in his 1946 essay “Politics and the English Language” (1946) by saying the politicians use euphemisms to conceal their true intentions.

Writing tip: While euphemisms are handy (and you can easily find a less offensive replacement form in a thesaurus), make sure you don’t compromise on brevity. In short, pick a euphemism that’s less wordy or a strong adverb for a better description.

There are several euphemism examples that you can spot in your daily conversations if you pay attention.

When a friend passes away, you never say “they died.” You try to reduce the impact by saying “passed away” or other synonyms such as “lost their life,” “breathed their last,” “dearly departed,” and so on.

Note: when using euphemisms, be sure to be inclusive. Here’s a glossary for inclusive terms that you can refer to as you include euphemisms in your writing. 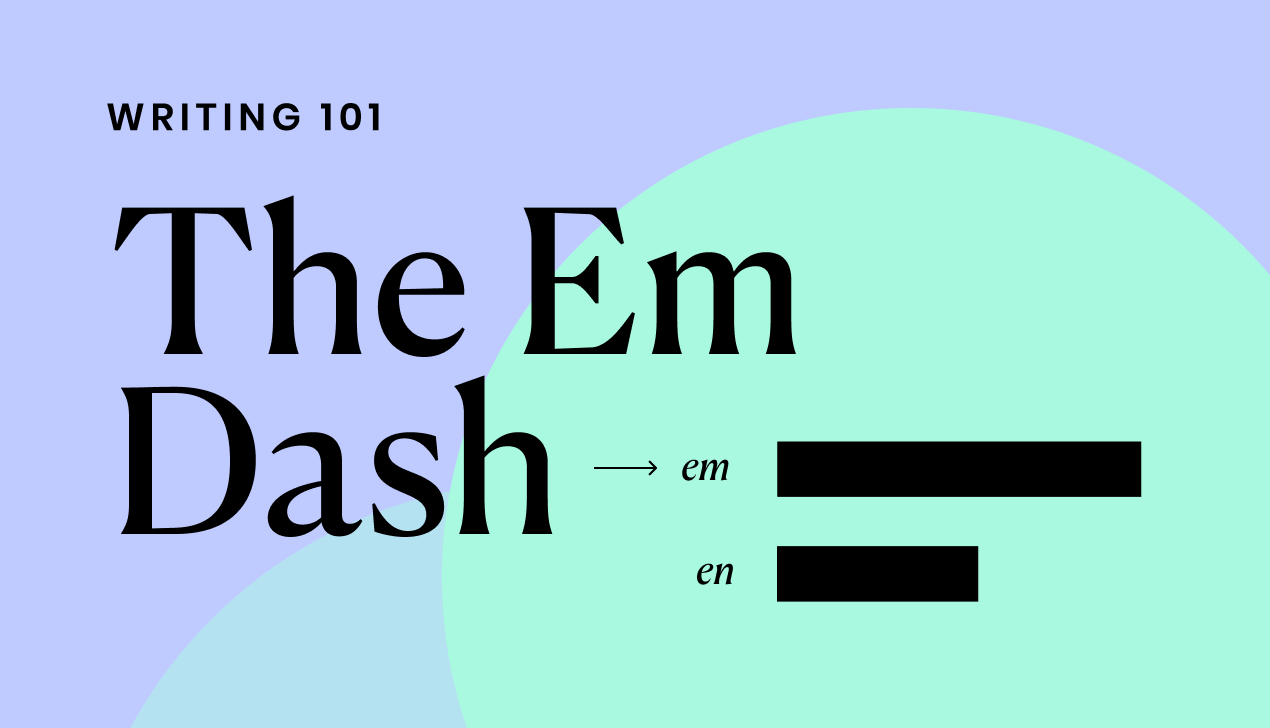 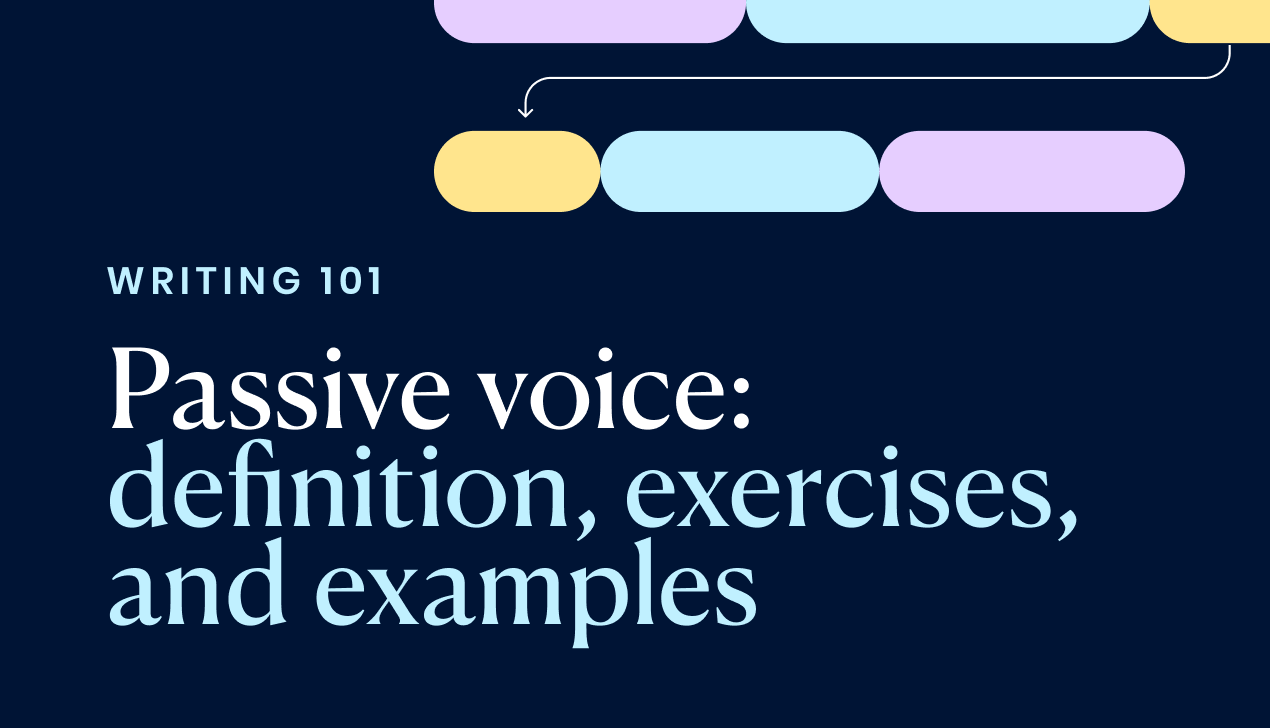