What is an antecedent? Rules and usage 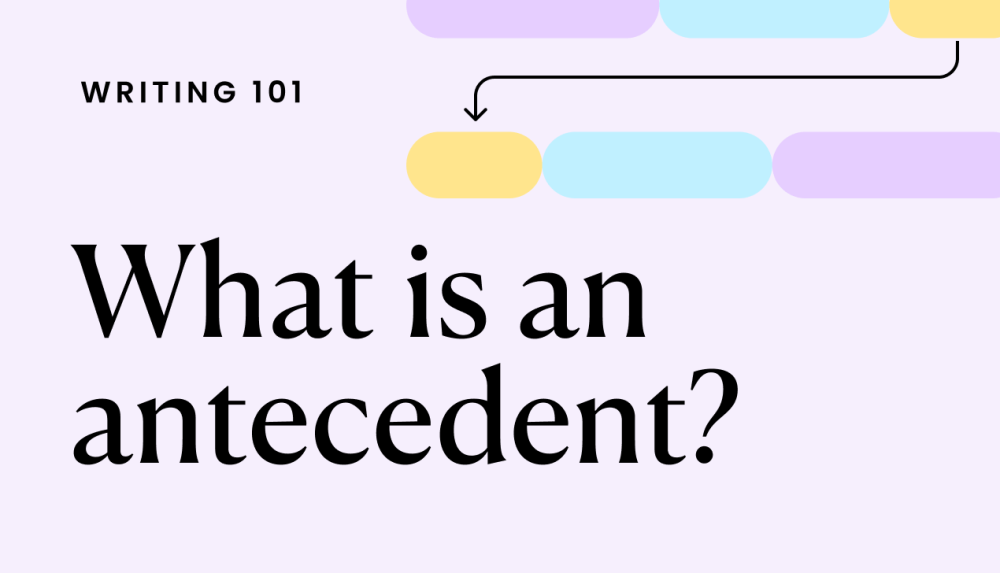 If you asked 10 people what an antecedent is, I bet seven of them would have no clue.

But what if you showed the same people two sentences — one with an antecedent and one without — and asked which one is clearer? I’m confident all of them would say, “the one with  the antecedent.

That’s because antecedents make writing easier to read. In fact, whenever a sentence contains a personal pronoun, there’s usually an antecedent earlier in the same sentence.

In this post, we’ve rounded up everything you need to know about antecedents.

What is an antecedent in grammar?

The word antecedent means “earlier.” In English grammar, the definition of antecedent is a phrase, word, or clause indicated by a pronoun. If there’s a pronoun in a standalone sentence, you’ll need to include an antecedent with it.

If you don’t remember what a pronoun is, here’s a quick refresher: a pronoun is simply a word that refers to or replaces a noun. A pronoun can function by itself as a noun phrase.

Here’s a quick example of a sentence containing a pronoun:

The pronoun in this case is she  and it replaces the proper noun Sam . Got it? Great! Let’s get back to antecedents.

One of the most common mistakes that writers make is using an antecedent as an adjective. This can make your sentence clunky and dense.

Antecedents are typically used to clarify the sentence for readers. Without an antecedent in use, the reader could see the sentence as incomplete or even meaningless.

Quick recap: An antecedent is a word that a pronoun refers to or replaces. Where there’s a pronoun, there’s an antecedent.

One rule to be aware of with antecedents is the pronoun-antecedent agreement. This agreement indicates that a pronoun and antecedent must agree in number. This means if you’re using a singular antecedent, then the pronoun must also be singular. If the pronoun is plural, the antecedent should be plural.

There are seven commonly used pronoun-antecedent agreement rules. We’ll get into the details of these in the antecedent examples below.

How do you identify an antecedent?

For example, try looking for the pronoun in this sentence:

The group rented a bus, and they went to the beach.

Did you find it? The pronoun is they , which means there has to be an antecedent in the sentence. Since they  in this case refers to the group, group  is the antecedent.

When a pronoun is involved, a missing antecedent stands out like a sore thumb. Here’s an example of a sentence with the antecedent omitted:

The could not find her car keys.

Something’s missing, right? The what could not find her car keys? It’s missing an antecedent. Here’s the same sentence with an antecedent:

The professor could not find her car keys.

Now it makes sense. The pronoun her  refers to the antecedent professor . In the example with the missing antecedent, the pronoun didn’t refer to anything.

One of the dogs lost its toy.

But if the indefinite pronoun is plural, then it would look more like this example:

Few of the students knew where to find their new class.

Placing a phrase or clause between the subject and verb does not change the number of the antecedent.

The book of fables was put in its drawer.

In this case, the prepositional phrase between the antecedent book  and its pronoun its  doesn’t change the number of the antecedent. They’re both singular.

A collective noun like herd , group , or team ’ may be plural or singular.

The math team had its meeting yesterday.

The math team submitted all of their answers.

When compound subjects are joined by the word “and,” use a plural referent. Here’s an example:

Jane and John had their lunch at the park.

However, if the compound subjects are joined by the word or  or nor,  then whether the referent is singular or plural will be based on the antecedent closest to the pronoun. Here’s an example:

Neither the copywriter nor the designers submitted their work.

Whenever you write about an entity with a title, such as the name of a book or country, the word needs a singular referent. Here’s an example of that:

California is known for its beaches.

The Example Book had some of its pages torn out.

Some words sound plural but actually have a singular meaning. For instance, the news , physics , or darts . For these subjects, you would need to pair a singular referent with it. Here’s an example of that:

Billiards has lost its appeal for me.

When using the words many  or every  before a noun, or even a series of nouns, use a singular referent. Here’s an example of that in action:

Every cat, dog, and rabbit had its pen cleaned today.

The rules of antecedents are fairly straightforward. Just remember that every pronoun needs an antecedent and you’ll be good to go. Be sure to refer to this guide if you need a refresher. 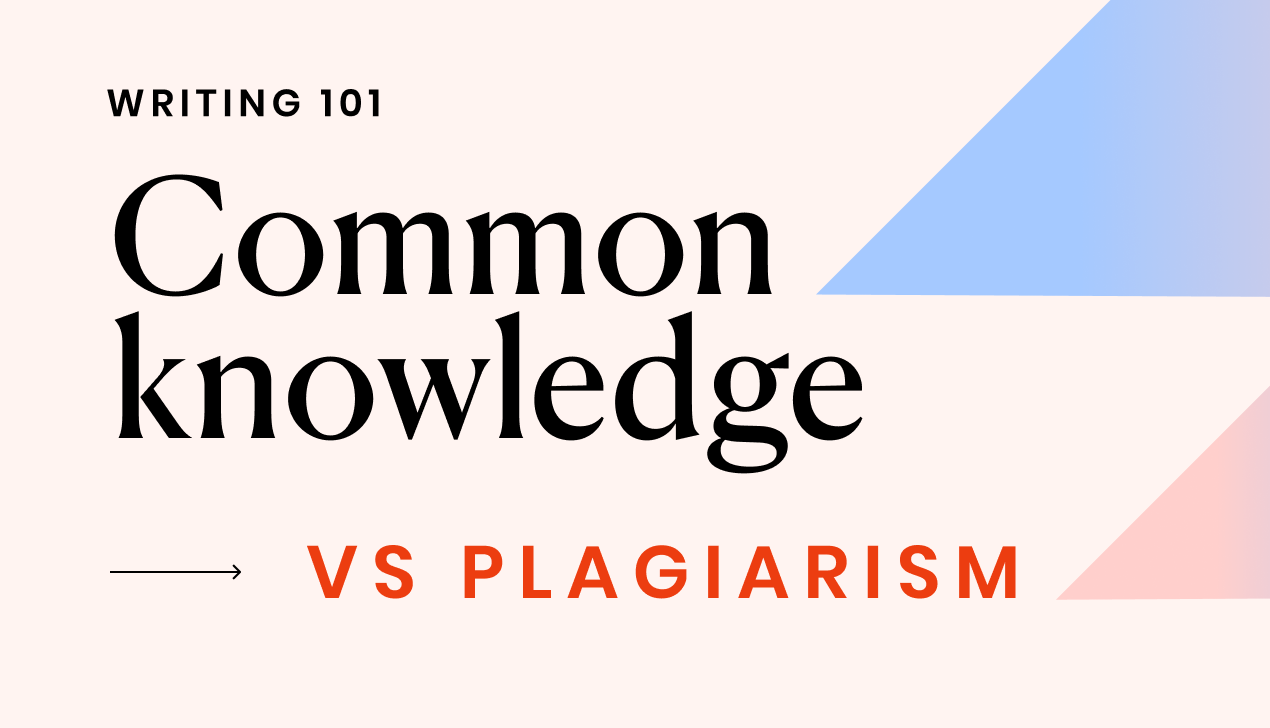 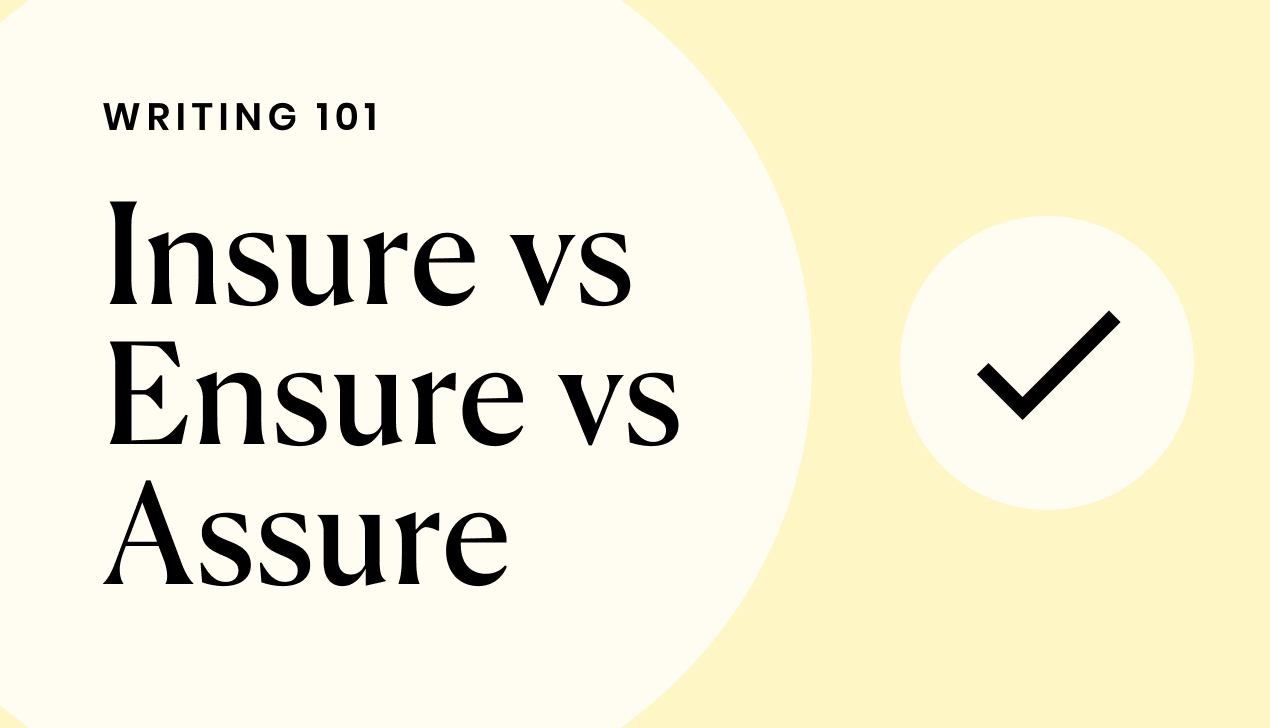 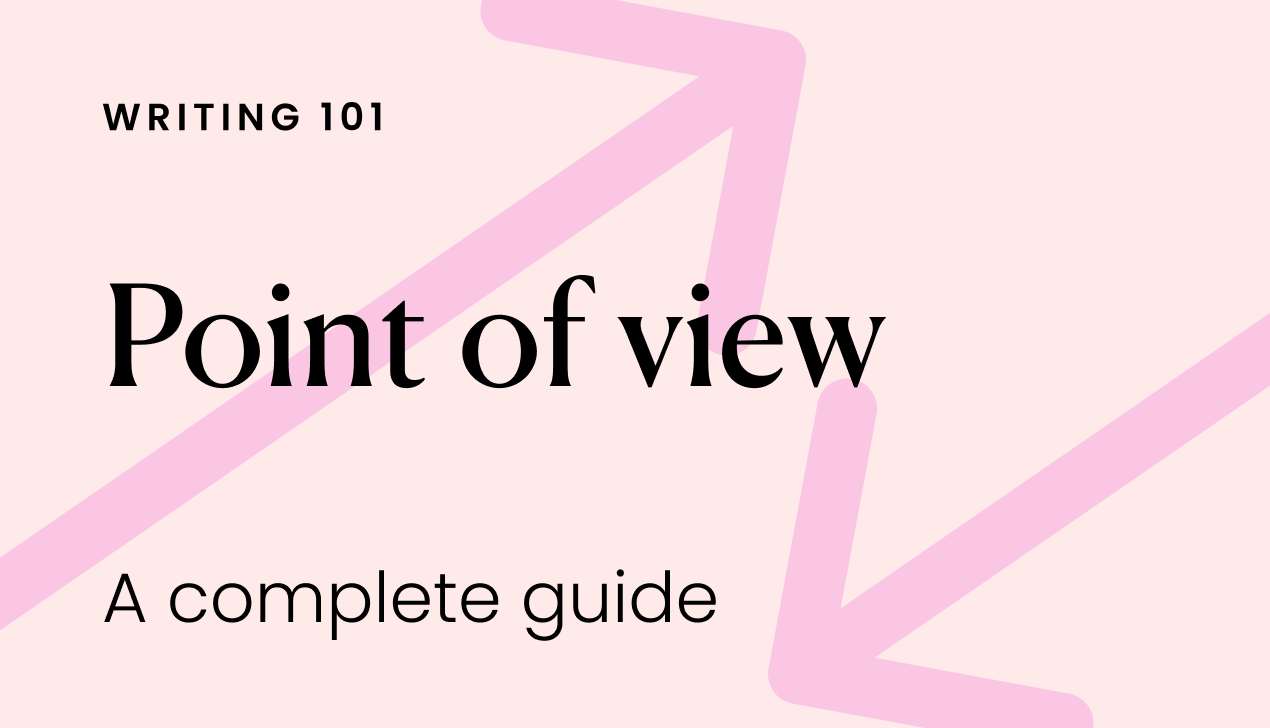 Point of view: a complete guide