‘Be a goldfish’ and other Ted Lasso wisdom for content designers 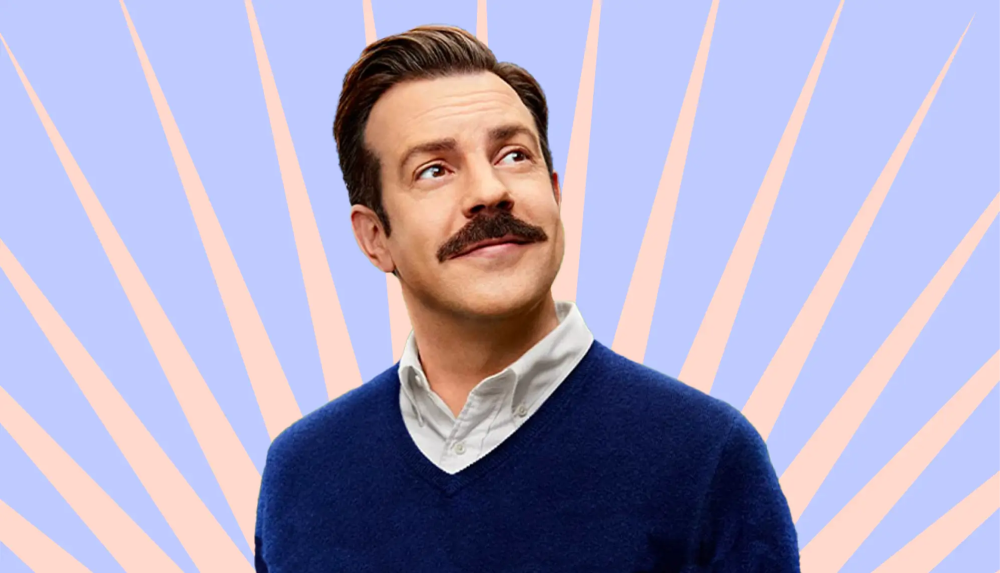 On August 14, 2020 — five months after everyone on the planet realized we were dealing with an actual, honest-to-goodness pandemic — an unlikely hero entered the world stage via the Apple TV+ network. His name was Ted Lasso.

Writer, actor, and producer Jason Sudeikis co-created Ted Lasso with Bill Lawrence, Brendan Hunt (aka Coach Beard), and Joe Kelly. The show stole our hearts from the word “go” and was a veritable pocket of sunshine in an otherwise seriously challenging two years. Its delightful down-home charm, smart writing, and warmth was just what we all needed.

In addition to being hugely entertaining, laugh-out-loud funny, and capable of making even the most stoic among us shed a tear or two, Ted Lasso is packed with a ton of life lessons. From the season one pilot to the season two finale, each episode offers at least one nugget of wisdom that’s worth taking to heart. What’s more, many of these lessons can be applied to The Content Life as well as to “real” life.

So, without further ado, we invite content designers and creators everywhere to embrace the Ted Lasso Way.

If you haven’t already binged the first two seasons of Ted Lasso, the following contains multiple spoilers. You’ve been warned. Also, due to some colorful language, some video clips may not be suitable for work — or for rooms where there are small children.

Even though, as a Kansas City football coach, Ted is a fish out of water in the UK, he never pretends to be something he’s not. Though he learns to appreciate a lot about British culture (definitely not tea!) and their beloved sport of football (known in the states as soccer), he doesn’t let it change who he is at his core. Ultimately, staying true to himself wins everyone over — even the Richmond fans who initially root for him to fail, and even cantankerous Trent Crimm of The Independent!

Takeaway: Don’t assume you have to become someone or something else to impress people. Find the thing that makes you unique and special, and build on that. Your people will find you.

Enthusiasm is infectious. When you bring your whole self to the table and put your heart into what you’re doing, people notice. What’s more, they’ll want to come along for the ride. Just look at Dani Rojas (played by Cristo Fernández). He arrives on the scene gleefully yelling, “Football is life!” and the whole team gets inspired.

Takeaway: Don’t be bashful about shouting your feelings from the rooftops. Go ahead and love what you love. Geek out about your thing. Chances are, your readers are just as excited as you are, and they’re looking for an excuse to show it.

3. Ideas can come from anywhere

On any team, each person has their own role to play. However, that doesn’t mean that they have to stay in their lane 100% of the time. Some of the best ideas can come from the least likely sources. When Nate, the team’s kit manager, stumbles into the room while Ted and his assistant coach are brainstorming new plays, he ends up pitching a new play that turns out to be a real winner.

In another episode, team owner Rebecca — who usually focuses on management and finances, not game strategy — gives Ted the idea to use his lack of knowledge about the game to his advantage:

Rebecca: Every disadvantage has its advantages.
Ted: Ooh, I like that.
Rebecca: Sure, you don’t know what you’re doing, but doesn’t that mean that you see the game in a different way than any other football manager? And shouldn’t that empower you to cause complete and utter confusion?
Ted: Cause confusion or create chaos. Yep. Yes, it is. Thanks, boss.

Takeaway: When it comes to inspiration, insight, and innovation, don’t get stuck in a rut. Look in unexpected places for your next great idea. You never know what gems you might find.

4. Be curious, not judgmental

In one of the first season’s most satisfying scenes, Ted challenges Rebecca’s ex-husband — the smarmy and condescending Rupert — to a game of darts. Rupert eagerly takes Ted up on the wager because he has made assumptions about who Ted is. While Ted whoops Rupert in front of a pub full of onlookers, he tells a little story about how he’s been underestimated his whole life by people who were judgmental instead of curious. As he nails the final shot, he says, “Because if they were curious, they would ask questions. Questions like, ‘Have you played a lot of darts, Ted?’ Which I would have answered, ‘Yes, sir. Every Sunday afternoon at a sports bar with my father from age 10 to 16 when he passed away.’”

Takeaway: Don’t make assumptions about anyone (your customers, your prospects, your competition, your colleagues), and definitely don’t underestimate anyone. Do your research. Keep an open mind.

Ted is, to put it mildly, not an expert on the rules of European football. But, he doesn’t let that slow him down. He knows he brings other value to the team: enthusiasm, a fresh perspective, and the Ted Lasso Way. So, he dives right in, but works on learning as he goes. He leans on Coach Beard and Nate to help him close the gap in his technical knowledge, but he doesn’t get hung up on being the ultimate expert.

Takeaway: You don’t have to know everything before you get started. It’s okay to admit you don’t know something, and to ask questions. Be okay with being a beginner. That’s where we all start.

6. Look for ways to help

Ted Lasso is a problem solver. When he sees something that needs fixin’, he darn well gets right in there and fixes it. First, there was the water pressure problem in the locker room. Then there was the lack of a band at Rebecca’s big fundraiser (which he solved by recruiting a busker off the street). Perhaps most fun of all, was the curse of the haunted treatment room, which required a creative exorcism involving the whole team.

Takeaway: You’re creating content to help people, so it makes sense to pay attention to where people need help. Take the time to listen to what people need, and then be proactive (and creative!) about finding ways to give it to them.

7. Make everyone part of the team

Ted Lasso wants everyone to be part of one, big, happy family. His approach to coaching is inclusive, not exclusive. He understands that it’s not just about the players or even the players and the owners. It’s about the fans. It’s about every single person out there who is invested in the team’s success. He builds relationships with the owner of the pub and the rowdy lads who hang out there, school kids, and even the cranky old man who keeps telling him he’s doing a crap job as coach. They are all, whether they admit it, on the journey together.

Under the snappy repartee and sports bravado, Ted Lasso is a show about learning to be honest with others and with ourselves. This isn’t that surprising, given that the writers on the show are all big fans of Brené Brown, the American research professor, lecturer, author, and podcast host who has spent her life studying shame and vulnerability. All the characters on the show have great arcs around vulnerability, but especially Ted himself and Roy Kent. Watching the coaches and their sidekick, Higgins, come together as the “Diamond Dogs” — a mutually beneficial guys support group — is a beautiful thing.

Takeaway: Be authentic. Be transparent. Don’t shy away from hard conversations, whether they’re with your team or with your customers. And don’t be afraid to admit you need help.

One of the most quoted lines of Ted Lasso is the advice he gives to Sam, a player who has just messed up a play on the practice pitch.

Ted: You know what the happiest animal on earth is?
Sam: [shakes his head]
Ted: It’s a goldfish. You know why?
Sam: No.
Ted: Got a 10-second memory. Be a goldfish, Sam.

Takeaway: You will make mistakes. Don’t dwell on them. If you can learn something, learn it. Either way, move on. Tomorrow is another day.

Oh, the biscuits! Soon after his arrival, Ted brings his new boss — Rebecca — a box of shortbread biscuits. They’re a sort of an ice breaker, which he uses to kick off “Biscuits with the Boss.” Rebecca is reluctant to participate until she takes her first bite of biscuit. After that, she’s hooked.

What we and Rebecca don’t realize until later is that Ted isn’t buying those delicious biscuits, he’s making them from scratch. They are so good because of the time and effort he puts into making them that good.

Takeaway: Care about your content. Like, really care. Understand that your content can make a difference in someone’s day, and then give it all you’ve got. 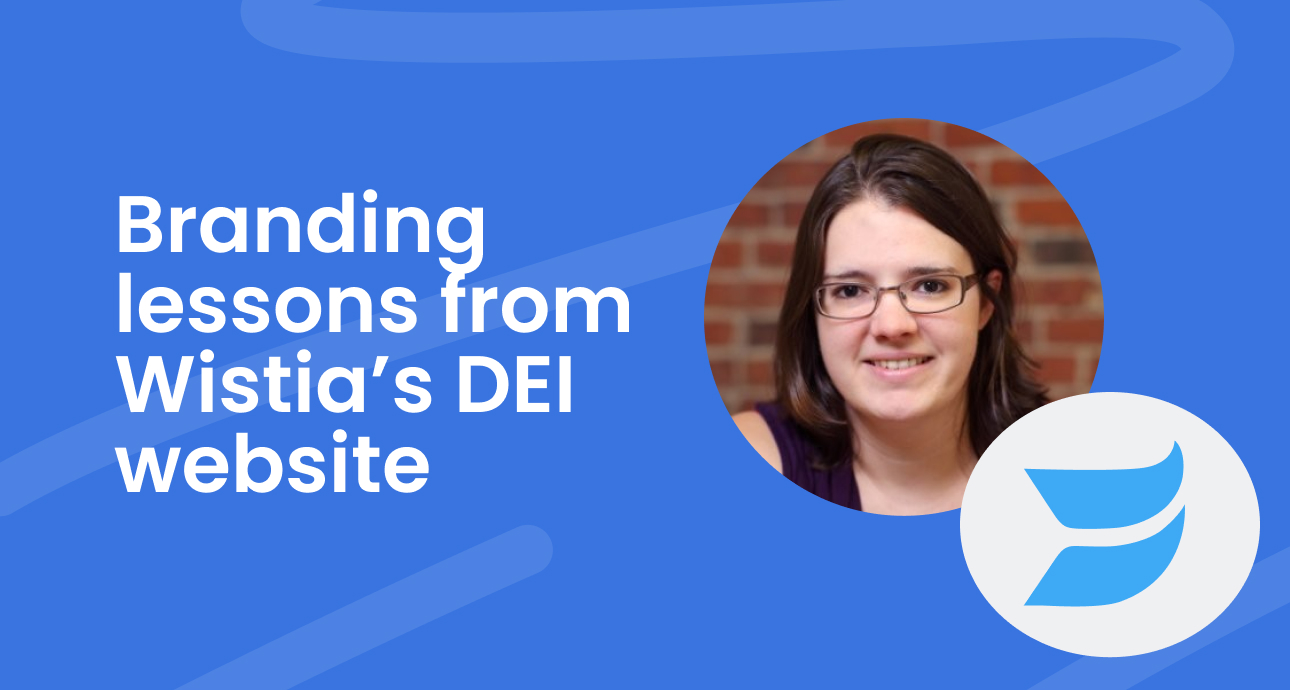 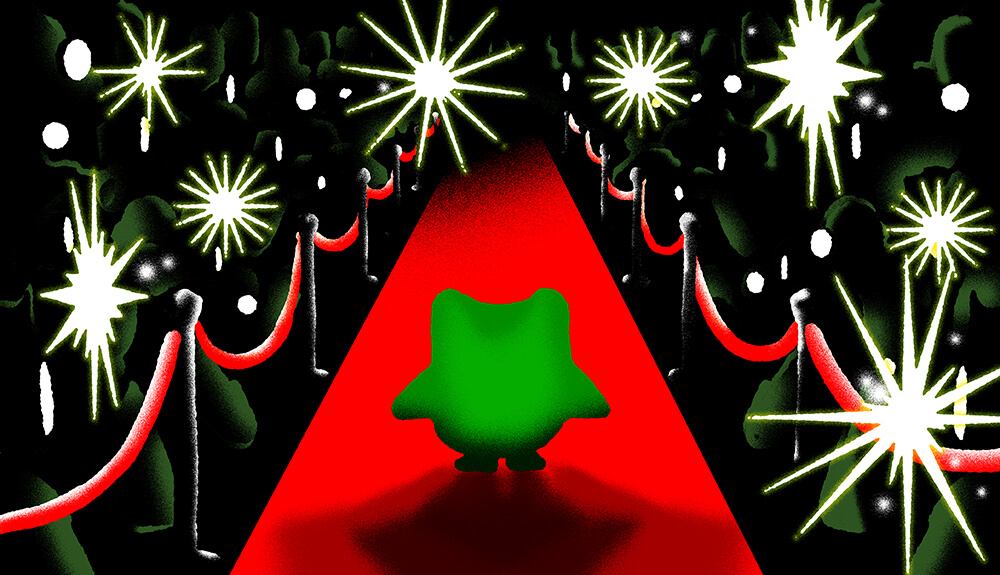 How the Duolingo owl became a social media darling 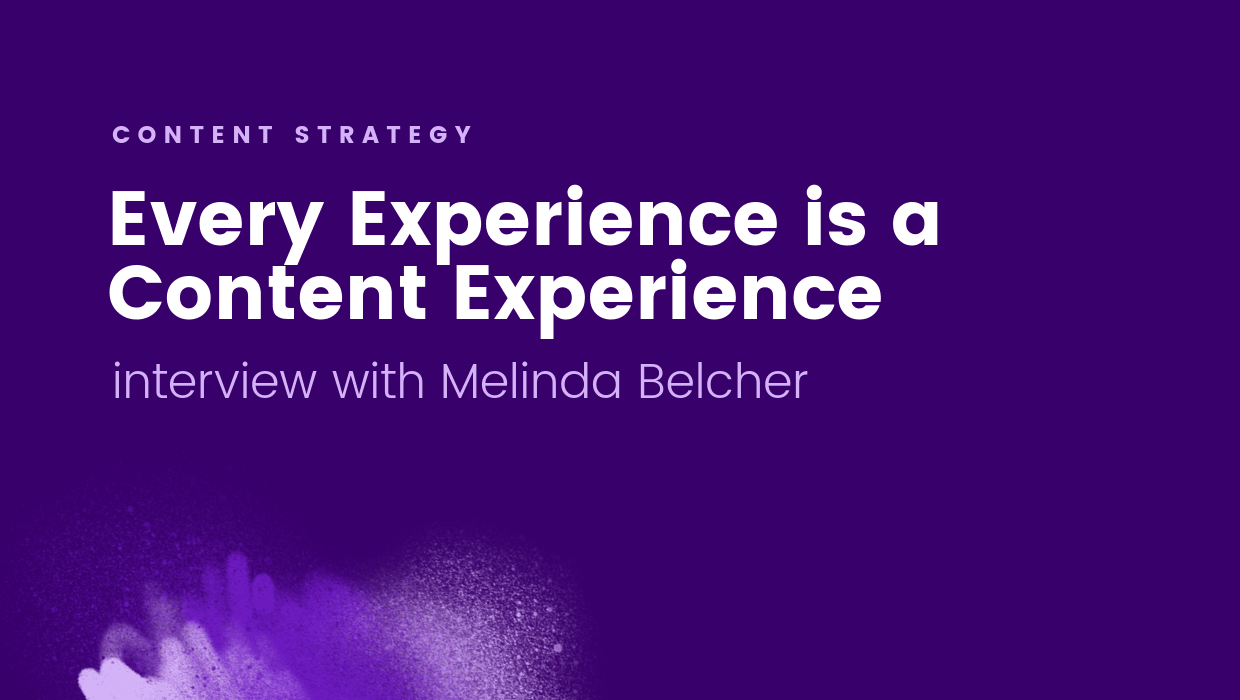 Every Experience is a Content Experience: Interview with Melinda Belcher